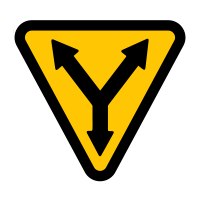 Friday, June 24 through next Thursday, June 29: The San Francisco Giants will play five home games at the ballpark. Listed below are teams to play and start times for these games:

Saturday, June 25: The 30th annual Dyke March will begin at 5 p.m. and is expected to proceed from Dolores Street along 18th Street to Valencia Street to 16th Street, Market Street, Castro Street, back onto 18th Street and end at Dolores Park. For more details, please visit http://www.thedykemarch.org/.

There is no planned street closures for the march.

Saturday, June 25 and Sunday, June 26: From noon to 6 p.m. on Saturday and from 11 a.m. to 6 p.m. on Sunday, the annual San Francisco Pride Celebration will be held at the Civic Center Plaza. For details on weekend festivities, visit http://www.sfpride.org/.

Access to the Civic Center Garage for the purpose of entry or exit will not be allowed between 8 p.m., Friday and 6 a.m. Monday.

The following street closures will be required at the time specified:

Starting at 9 a.m., Thursday and continuing until 3 p.m., Monday:

Motorists are encouraged to avoid the Civic Center area on Saturday and Sunday as there will be extreme congestion.